Case for Three Detectives, Chapter One 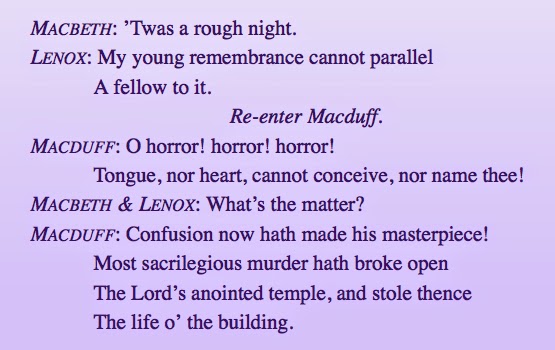 * also titled Such Is Death.

Leo Bruce on Fair Play:
“A critic recently accused me of being ‘frantically serious’ about the problem set in one of these books. I can’t quite see the point of a who-dun-it unless the thing is laid out as fair and square as a crossword.”—footnote in Die all, Die Merrily (1961)

A Note:
On Textual Consistency

Excerpts from Rupert Croft-Cooke:
Foreword to English Cooking
English Cooking: A Backward Glance
On the Death of Individualism
On Food: Edwardian English Cooking
On Food: Fish
On Food, from The Life for Me
On Food: Garnishes
On Food: the Joint
On Food: Steak & Kidney; Curry
On Food: Omelettes
On Inverted Snobbery
On Prison Food
On Pubs and Darts
On Reducing Men to Marionettes
On Whisky
On Wine
A Short Story by Rupert Croft-Cooke:
“Rough Island Story”
Sgt. Beef e-texts:
1. Case for Three Detectives
2. Case without a Corpse
5. Case with Ropes and Rings
6. Case for Sergeant Beef
7. Neck and Neck &
8. Cold Blood

Leo Bruce books in print:
b1. Case for Three Detectives
b2. Case without a Corpse
b3. Case with No Conclusion
b4. Case with Four Clowns
b6. Case for Sergeant Beef [?]
d4. Dead Man’s Shoes
d6. Our Jubilee Is Death
d7. Jack on the Gallows Tree
d8. Furious Old Women
d10. Die All, Die Merrily
d11. Nothing like Blood
d12. Such Is Death
d13. Death in Albert Park
d14. Death at Hallows End (hb)
d14. Death at Hallows End (pb)
d16. Death at St. Asprey’s School
d17. Death of a Commuter
d19. Death with Blue Ribbon
d20. Death on Allhallowe’en
d22. Death in the Middle Watch
d23. Death of a Bovver Boy
Murder in Miniature (hb) &
Murder in Miniature (pb)

Contact:
e-mail the Leo Bruce Society; or, if you prefer, send mail to:

Case for Three Detectives
The morning after the mystifying murder of Dr. Thurston’s wife in a locked room, three famous, eccentric, amateur sleuths arrive to investigate the baffling crime and, of course, ultimately, to provide ingenious solutions therefor; meanwhile, stolid Sergeant Willam Beef, the village policeman, considers the case a simple one.

Case without a Corpse
A young man bursts into the pub wherein Sgt. Beef is playing darts, loudly confesses to having committed a murder, drinks poison, dies, and leaves everyone wondering whom he killed and where the body might be.

Case with No Solution
Feeling unappreciated by Scotland Yard, Sgt. Beef quits the police force and becomes a private investigator in London; he is hired to prove that a young man’s brother, a prime suspect, is not a murderer.

Case with Four Clowns
Sgt. Beef travels with a small circus, hoping to prevent a murder therein, after he receives a letter from his nephew revealing a fortune-teller’s dire prophecy.

Case with Ropes and Rings
Sgt. Beef believes that the younger son of the Marquess of Edenbridge, found hanging in his exclusive school’s gymnasium, did not commit suicide.

Case for Sergeant Beef
A retired watchmaker plans a perfect, motiveless (and therefore, he gloats, unsolvable) murder, but after the murder is committed Sgt. Beef plans to identify the killer.

Neck and Neck
Sgt. Beef is enlisted by Lionel Townsend, his Watson, or Boswell (and also—as an heir to a substantial legacy—a suspect), to find his aunt’s killer.